At the 2019 World Brewers Cup (WBrC), Patrik Rolf had the highest score for any coffee brewed. His meticulous preparations included roasting his competition coffee on an IKAWA PRO V3. What surprised us, and many others, what the roast was over 11 minutes long, and he roasted it backstage 6 hours before he brewed it.

In the context of preparing for the competition we can learn a lot from Patrik’s approach to roasting with an IKAWA; and how his coffee selection, and brewing intentions came together for his final routine. His  undoubted desire to craft phenomenal coffee, in combination with his belief that coffee commands a respect that can be best described as a “chain of values”, can be observed in his fastidious attention to detail from farm to cup; and each step in between.

Ahead of Boston, Patrik, founder of April Coffee in Copenhagen,  headed to ‘Da Tota Farm’ in Costa Rica to start this journey with his competition coffee and the farmer that produced it, developing an in-depth understanding of the growing environment and complex processing methods the farm had used to produce the lot Patrik was using.

In 2018, the coffee that Mathieu Theis used at the 2018 World Barista Championships made an impact on Patrik – he couldn’t forget it, and sought out something similar.

He believes research trips to origin are extremely valuable to aid roast profile selection and development, but also brewing method and style. Knowing the margins for winning on the world stage are extremely fine, he was searching for something unique and exceptional. The experimental Geisha natural anaerobic process, grown at 1900 MASL, he believed was the ‘one’, and he knew it would need to be treated with care to ensure the final cup had great body, balance and integrated acidity. Practically, in terms of preparation, this would mean dialing in his roasts to pinpoint exactly how to best develop his coffee. Patrik also went above and beyond,  creating his own ‘April Brewer’; a large aperture, flatbed brewer.

Roast profile creation usually starts wide and narrows down to the fine details over time. It can be time consuming and more importantly, expensive with a rare coffee like this, but armed with his IKAWA Patrik was able to roast 50g samples at a time, minimizing waste, while still maximizing the potential in the coffee.

Working back from a WBrC score sheet, Patrik knew that in order to score highly, he would need to respect a chain of values; in which, how he roasted, would dictate exactly how he brewed.

Inversely, how Patrik wanted to brew, with his ‘April Brewer’ would strongly influence aspects of his roast profile. For Patrik, this meant one thing: a longer maillard development. Upon researching a range of IKAWA roast profiles, even the longest were too quick for what Patrik was looking for, as they were more suited to sample evaluation.

Sample Evaluation vs Roasting for Competition

He came to the conclusion that for day-to-day sample evaluation, rather than small batch competition roasting, quicker roasts were more efficient, less time consuming and perfect for sample roasting. His sample roast takes the same approach as many do – it’s just over 5 minutes long and has a relatively low end temperature.

However, in the context of competition preparation, Patrik created an 11 minute and 2 second roast.

We align closely with Patrik’s ethos when it comes to our Sample Roaster — it is more than just a tool to improve the process of sample evaluation or aid production roasting; it is these things and can offer so much more as a result of total customisation. Patrik took this to the next level by additionally altering the weight of green coffee in, rather than just the profile itself.

In an industry that is seemingly always looking to eliminate variables, with a common goal of producing delicious coffee, it is fascinating to re-introduce new variables; to push the boundaries further in search of the perfect cup.

Through experimentation and elimination, after testing a range of weights from 40g – 60g Patrik determined that 40g was optimum in combination with his long development profile.

Try his competition roast for yourself:

Can an 11 minute roast on a fluid bed roaster like IKAWA taste really good? And when is the best time to roast before a competition routine?

Stretching out the roast with this high altitude natural anaerobic geisha provided greater sweetness, balance and structure. Combined with a relatively low end temperature, Patrik believes this resulted in the retention of vibrancy and clarity in the cup, that otherwise a shorter punchier profile might have lost. This, again, links back to the concept of roasting with the brewing method in mind, but also remaining mindful of exactly what the judges were evaluating.

During his routine Patrik invited judges to smell and taste a myriad of heady aromas and complex flavours as the brew cooled. From cinnamon to sweet malliac mango, strawberries to white grape all paired with integrated acidity and balance. Patrik talks specifically about the brown sugar sweetness that runs through the cup as a result of the long development roast profile.

Before using an IKAWA, Patrik had trouble transporting roasted competition coffee, and found a noticeable drop in flavour, despite all other brewing factors remaining consistent. To be able to ensure greater consistency Patrik found roasting on location with his IKAWA was the perfect solution. Transporting less volatile green coffee also means IKAWA users benefit from the flexibility of being able to make last minute roast adjustments during competition preparations

This year in Boston, controversially, Patrik roasted his coffee just 6 hours before his routine backstage at the competition venue. This raised a few eyebrows in the industry and his fellow competitors (many of whom were also using IKAWA as part of their routine), as conventional wisdom is for a much longer time to rest time (24hrs – 10 days), but Patrik insists there is magic window, fairly soon after roasting, that coffee tastes it’s cleanest.

He also argues that brewing with freshly roasted coffee allows you to push the intensity in the cup to another level. In terms of a short rest, Iceland’s 2016 Brewers Cup winner, Tumi Ferrer also roasted comparatively close to his routine, which you can read about here.

Additionally Patrik ground his coffee almost an hour before his routine was scheduled to begin. The rationale; off gassing to reduce the ‘roasty’ flavours but retaining the intensity he was looking for to compliment the sweetness he’d unlocked through long development.

Thank you to Patrik for sharing these insights and being so open about your journey at  Brewers Cup. We hope it motivates others in the industry to challenge convention and trust their judgement to improve coffee. 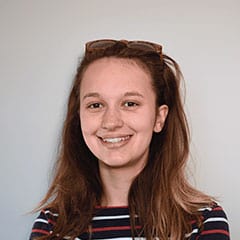 5 Reasons Why Sample Roasting Is Essential To Your Coffee Business

5 Reasons Why Sample Roasting Is Essential To Your Coffee Business